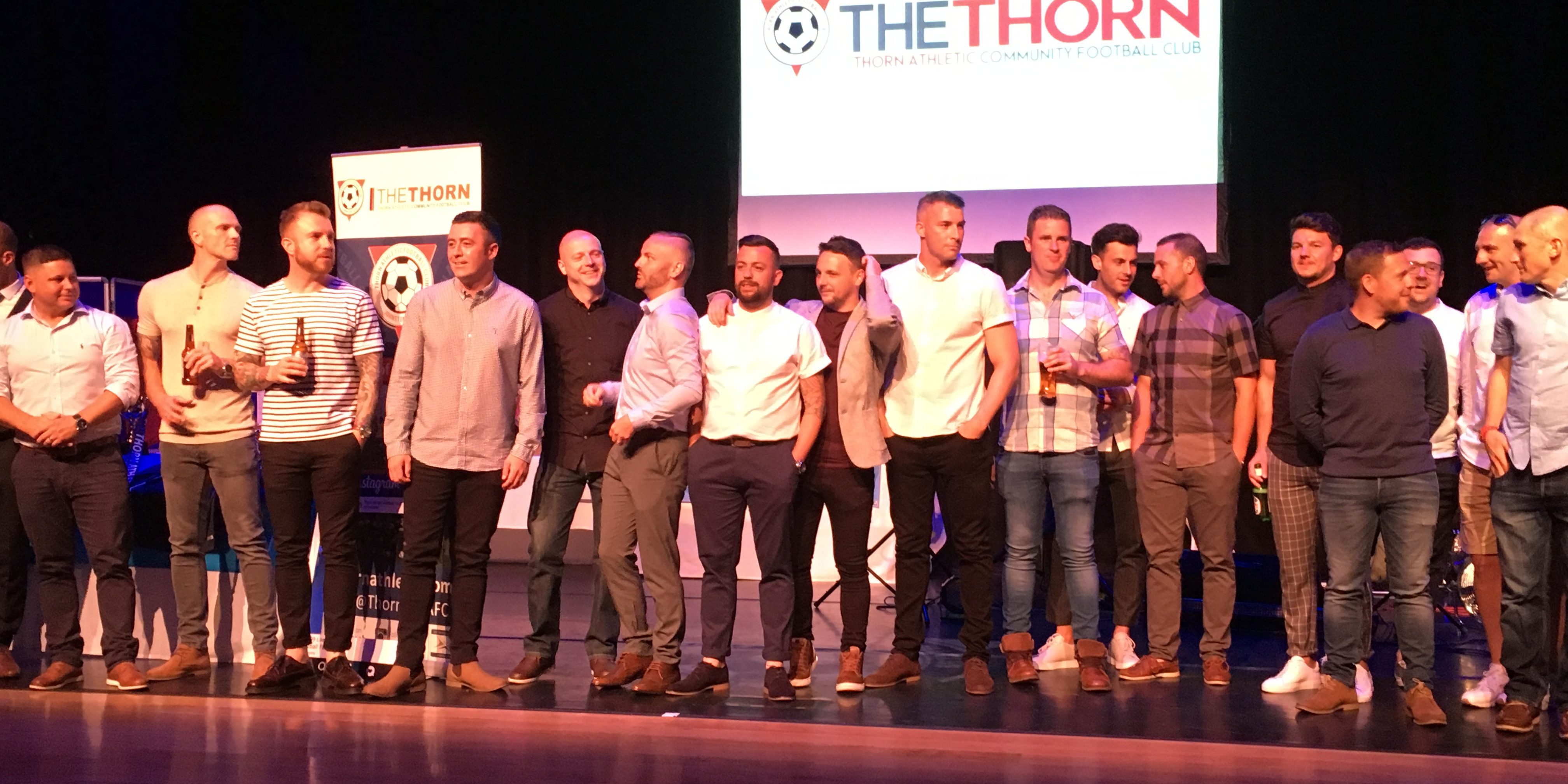 A bumper crowd of around 400 turned out in the sunshine on Saturday for the club’s Youth Academy Blitz followed by a Legends Match at the McMaster Sports Centre.

And nearly 200 people attended Johnstone Town Hall in the evening for presentations and a live band to mark two decades since the club’s formation.

It was an action-packed day for club officials and people from throughout the club’s 20 years in excistence.

Founder Mark McGee said: “We were overwhelmed with the turnout during the day and it was great to see so many people there to support us.

“The games attracted lots of interest and all the activities were well used. Both adults and kids seemed to have a great time.

“The evening event went smoothly and there were a number of highlights for those in attendance and it was also emotional for many of those involved for a number of years.

“We would like to thank everyone who made the day possible and demonstrated the support the club has in the town.”

The day involved exhibition games involving Thorn Athletic youth teams at 2006, 2007 and 2008 but there were many people there from throughout the club’s academy.

Afterwards the kids made great use of the bouncy castle, football shootout and face painting along with snack bar while the adults enjoyed refreshments from the bar.

A thrilling Legends match finished 4-3 to one of the Thorn teams captained by former skipper David Gallagher.

He was presented with the Breathing Space Cup at the Town Hall ceremony as the club were also involved in efforts to raise awareness of mental health on the back of their event.

Literature about tackling mental health issues was available at both the daytime and evening events.

Among the other special presentations retiring committee member Billy Gaw was honoured with a special recognition award and the club’s longest serving player Paul Young received a long service award.

Guests were also treated to a number of pre-recorded interviews from figures from throughout the club’s history while the Jordan Murray Band kept the crowd entertained.