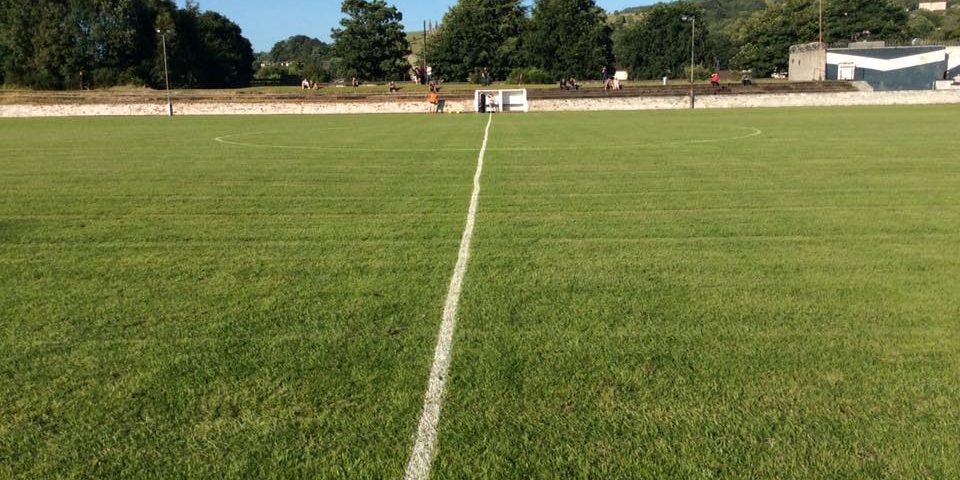 THORN ATHLETIC manager James Donnelly is hoping that quality over quantity will see his side have a successful campaign.

His Caledonian Premier League outfit  have two pre-season games under their belts and have performed well on both occasions.

With three new additions taking the squad up to 17 he’s satisfied with how things are shaping up.

Defender David McKay and midfielders Connar McGregor and Ross Perrie have all put pen to paper for the club.

McGregor, who is a local lad, arrives from West Park United Under-21s where he spent six years.

During that time he amassed three league titles, five league cups and also the West of Scotland Cup.

Experienced duo McKay and Perrie will add balance to the squad.

Player warm up at Millburn Park

Perrie, who was with Johnstone Burgh Juniors for a decade, will strengthen the options in midfield while former Shawlands FP two-time player of the year McKay has slotted in seamlessly at the back.

Boss Donnelly said: “We are happy with the way the squad is shaping up and we will be running with a smaller, tighter squad this season.

“The new boys have all shown up well and although the numbers are low because of holidays and work commitments it means plenty of game time for everyone.”

Donnelly’s men were 3-0 ahead courtesy of goals from Stuart McCann, McGregor and a smashing volley from Connor McGowan.

The Burgh pulled two back in the second half before Chris Fitzpatrick rounded off the victory.

And on Monday evening the team travelled to Millburn Park in Alexandria to face Vale of Leven Juniors.

With only 11 players available against a sizeable Vale squad it was always going to be a tough workout for the amateurs.

A saved penalty from Vale keeper Robert Tiropoulous to deny  Jordan Devine saw the home side lead 2-0 at the interval and added another quick goal after the restart.

But despite the junior side introducing several fresh faces in the second half an expert free-kick from Paul Young pulled one back for the visitors.

Then boss Donnelly, who was forced off the bench to replace injured striker Craig McMahon, glanced home a second via a Vale defender from Young’s corner.

There were some tired legs in the Thorn ranks at the end with a couple of players getting their first 90 minutes of pre-season under their belts.

Thorn step it up again this weekend when they travel to Kirkconnel to face newly-promoted West Super League First Division side Kello Rovers at Nithside Park, kick-off 2.00pm.

The club are running a bus to the match which will depart the Thorn Inn at 11.30am and seats are available £10.

Thorn Athletic are always on the looking to hear from local business community who are interested in sponsorship or partnership working.

Also we are keen to hear from those people with skills or time who feel they could enhance the committee of the club in some way.