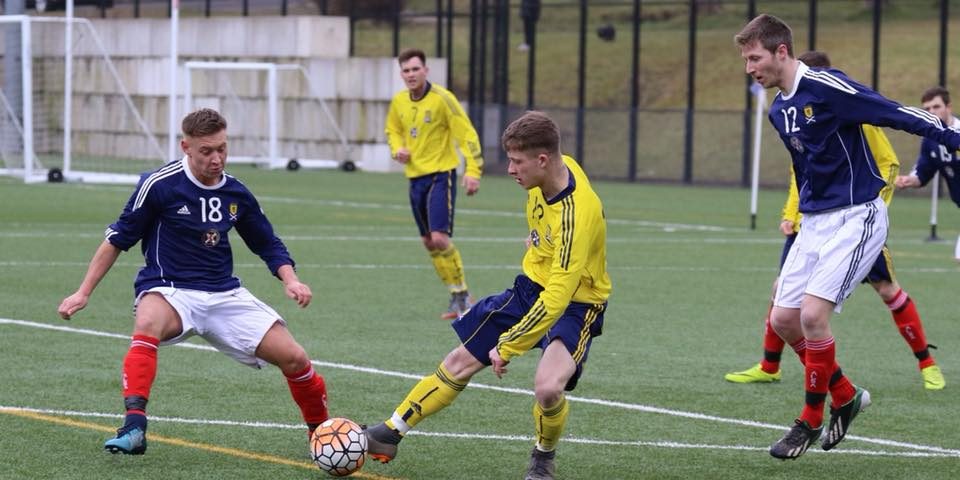 CLUB captain Ryan Crawford last week become the first player in the club’s history to be recognised at international level.

The central midfielder was selected by Scotland boss Bruce McNaught to be involved in the national side’s training session and then 5-1 friendly clash with Hawick RA on Tuesday evening at Dalziel Park.
Crawford, now in his second season at the club, was given the nod to start against the Lowland League outfit and acquitted himself well in the first half as the Scots raced into a 2-0 lead.

Unfortunately he limped off moments before the break after picking up a knock, however it was fantastic for him to be involved at that level.
Boss McNaught has watched Crawford on a number of occasions and he has caught the eye with his level of performances and his goals in the engine room.
Everyone at the club hopes that this will not be the end of his involvement in the international setup and it is recognition of the progress the club has made over the past few years.