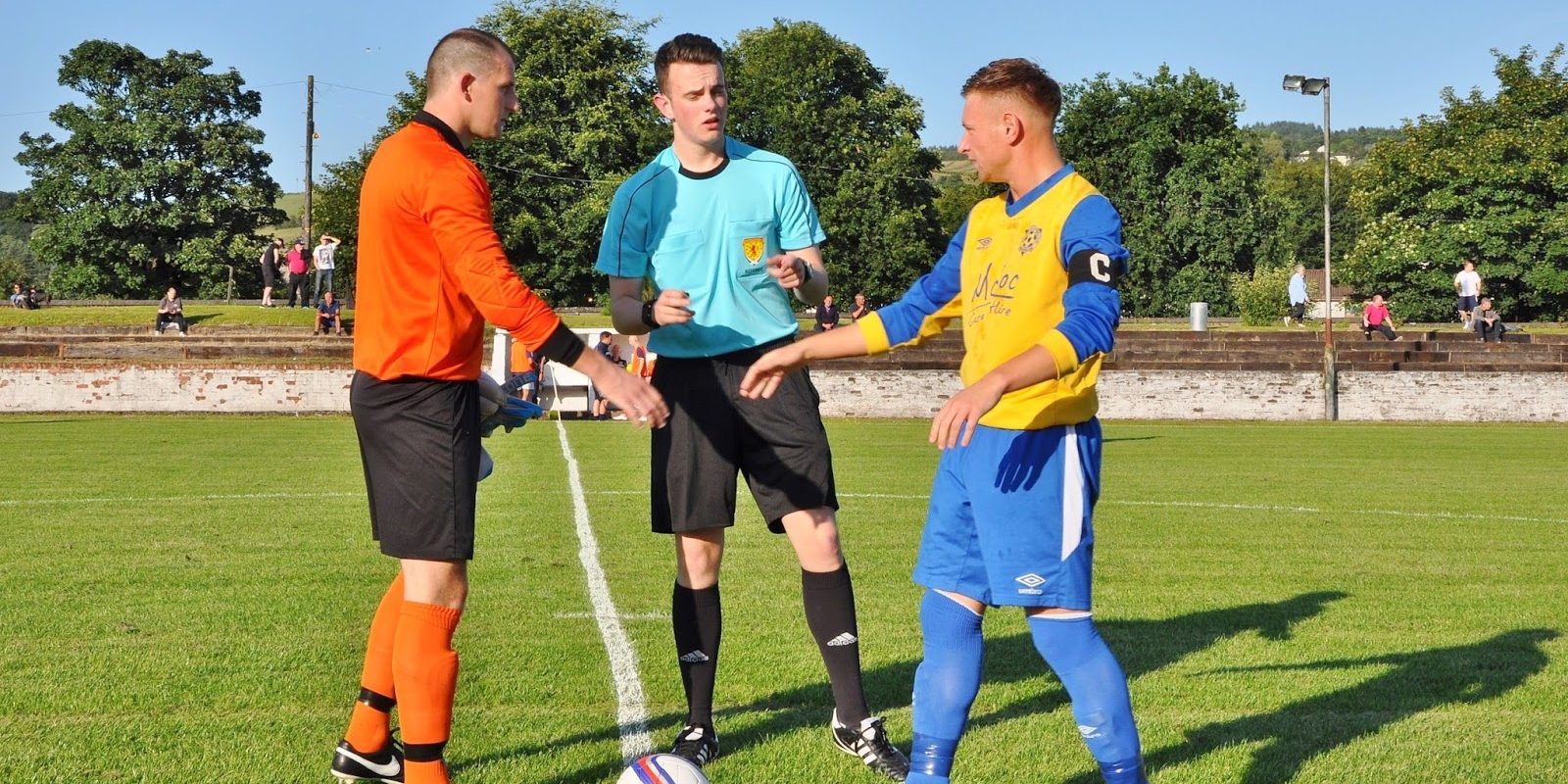 THORN ATHLETIC have appointed Ryan Crawford as club captain ahead of the Caledonian League season opener next week.

The 24-year-old midfielder joined the club from Ashvale at the beginning of season 2016-17 and his committed performances have earned him the respect of everyone at the club.
Last year he capped a fantastic breakthrough season at the Johnstone side being named Player of the Year at a gala dinner at St Mirren Park.
He replaces goalkeeper Liam McWilliams who passes on the armband after two years as the team’s talisman between the sticks.
McWilliams done a fantastic job but manager James Donnelly has made no secret of the fact he was keen to get the armband back to an outfielder when the suitable candidate came along.

Crawford, whose previous clubs include Hillwood BC, Park Villa and Firhill United, has already shown during a tough pre-season campaign why he has been selected for the role.
He is a scaffolder to trade and knows all about what the Thorn are trying to build for the future.
Manager Donnelly said: “Liam has been a great captain and thoroughly deserved his term. He led the team back to the Premier League with a title and then lifted the play-off trophy.
“I just felt we have lacked  a bit of leadership in the middle of the park and we have seen qualities in Ryan’s game that we feel will only be improved with extra responsibility.
“On the evidence of what we have seen so far he will be a good choice. Liam will also be able to concentrate more on his own game and he sets his own high standards anyway. It will be good for the team as a whole.”
Fellow central midfielder John Hay, who is thankfully well on the road to full fitness after an ankle injury, will continue as vice-captain.
Category: Latest NewsBy Mark McGeeAugust 1, 2017