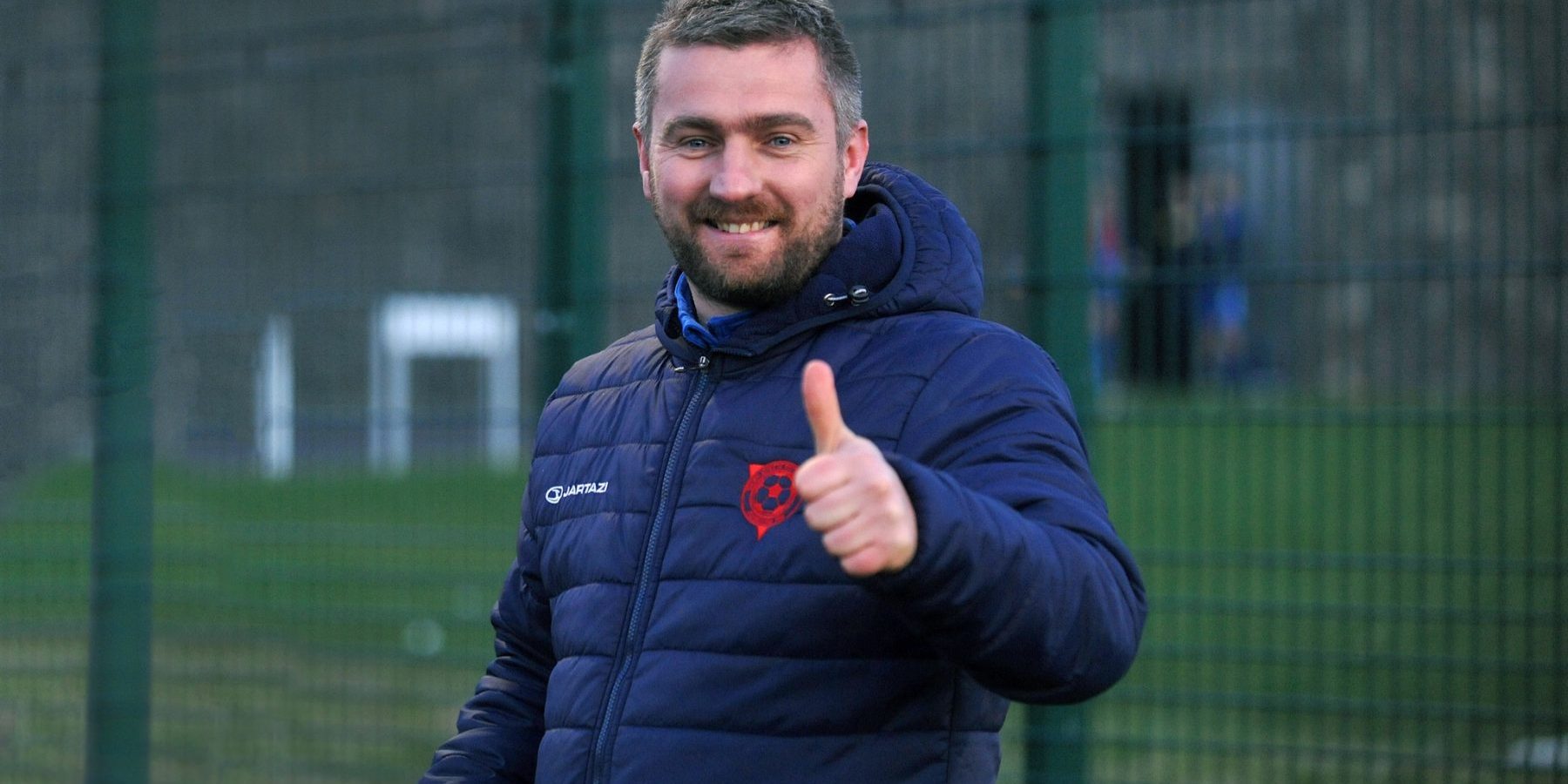 The club are sad to announce that James ‘JD’ Donnelly has stepped down as senior team manager due to personal reasons.

It was with huge regret that the club’s management committee accepted his resignation following discussions last week.

His exit will leave a huge gap at the club but we respect his decision.

James has made an immeasurable contribution over the past five years and on behalf of the players, coaches and committee we would like to place on record our thanks to him for everything he has contributed. You will be sorely missed.

He took over during a turbulent spell in the club’s history and should have tasted immediate success in the SAFL only to be denied by shambolic decision by the league committee.

He then oversaw our transition to the Caledonian League and delivered immediate success with the trophy both he and the club craved after six barren years – winning the First Division Championship and taking the team back to the Premier League.

He has kept the team competing at the top level throughout his tenure and last season took us on a memorable journey to the Scottish Cup Quarter-Finals.

Other highlights included a League Cup Final appearance, winning the Johnstone Burgh Tournament and nurturing players into the Caledonian Select and most recently the full Scotland International squad.

But there’s too many other great times to mention!

However, it is his infectious personality, drive and camaraderie that will be most missed by us all – not to mention his patter!

We would like to wish him and his family all the very best for the future.

There will always be a place for you at ‘The Thorn’ and we dearly hope you won’t be a stranger.

The team will continue with the existing coaching personnel of Johnny McEwan, Jason Henderson and Alan Muir with added support from senior players Paul Young and Tony McWilliams.

We will assess the situation regularly and develop when required.

We have a great squad of boys brought together by James and our aim will be to deliver the success for him that his work deserves.