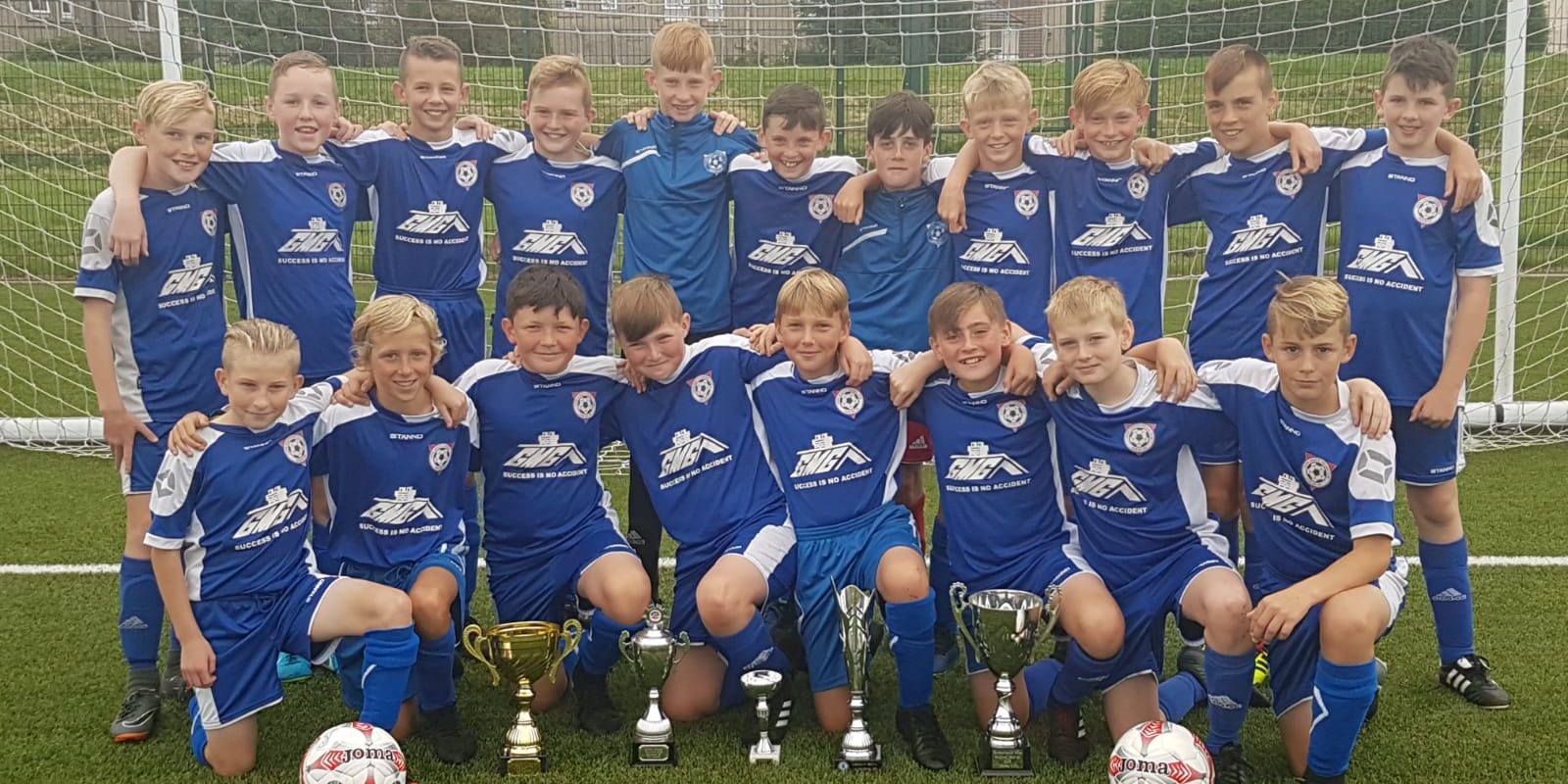 OUR 2006 YFC side have bagged five tournament wins from the six they entered over the summer.

The side have just embarked on their 11-a-side journey in the Paisley, Johnstone and District Youth Football League.
And their season warm ups couldn’t have gone any better as they triumphed at tournaments and festivals all over Scotland.
Over the last few months they won the Carbrain Festival, Giffnock SC International Youth Festival, Crosshouse Cup, Inverkeithing United Hamish Ferguson Memorial Festival and finally the Cumbernauld Colts Festival at Ravenswood on Sunday.
Along the way they beat some of the recogised teams from the East coast and further afield.
Steven McKnight and his coaching staff have been working towards their progression to 11s for many years with this group.
They kicked off their season with a comprehensive 7-0 win in their first competitive game and it was also a good weekend for the 2006 Blues who recorded a 2-0 win to begin their competitive era in style.
Well done to all involved!
Category: Latest NewsBy Mark McGeeAugust 14, 2018