Gers in the Nich of time 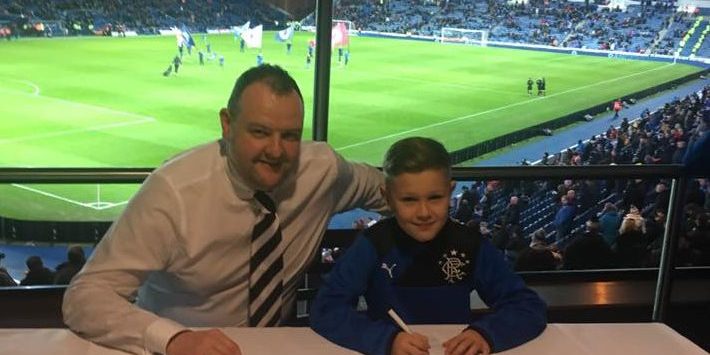 YOUNGSTER Nicholas McCallum has become the latest player from our academy to progress.

The promising goalkeeper joined the Rangers Youth Academy Under 11s development squad for a minimum one year term.

Nicholas, from Houston, is just the latest in a long line of former Thorn Athletic Academy players to be offered chances with the country’s top senior or professional clubs.

He has been around the club’s 2007 setup for almost three years and his coaches were delighted to see him progress to the Ibrox ranks.

Nicholas put pen to paper with the Glasgow side before their recent home Scottish Premiership clash with Aberdeen.

Everyone at the club wishes him well on his new football adventure.