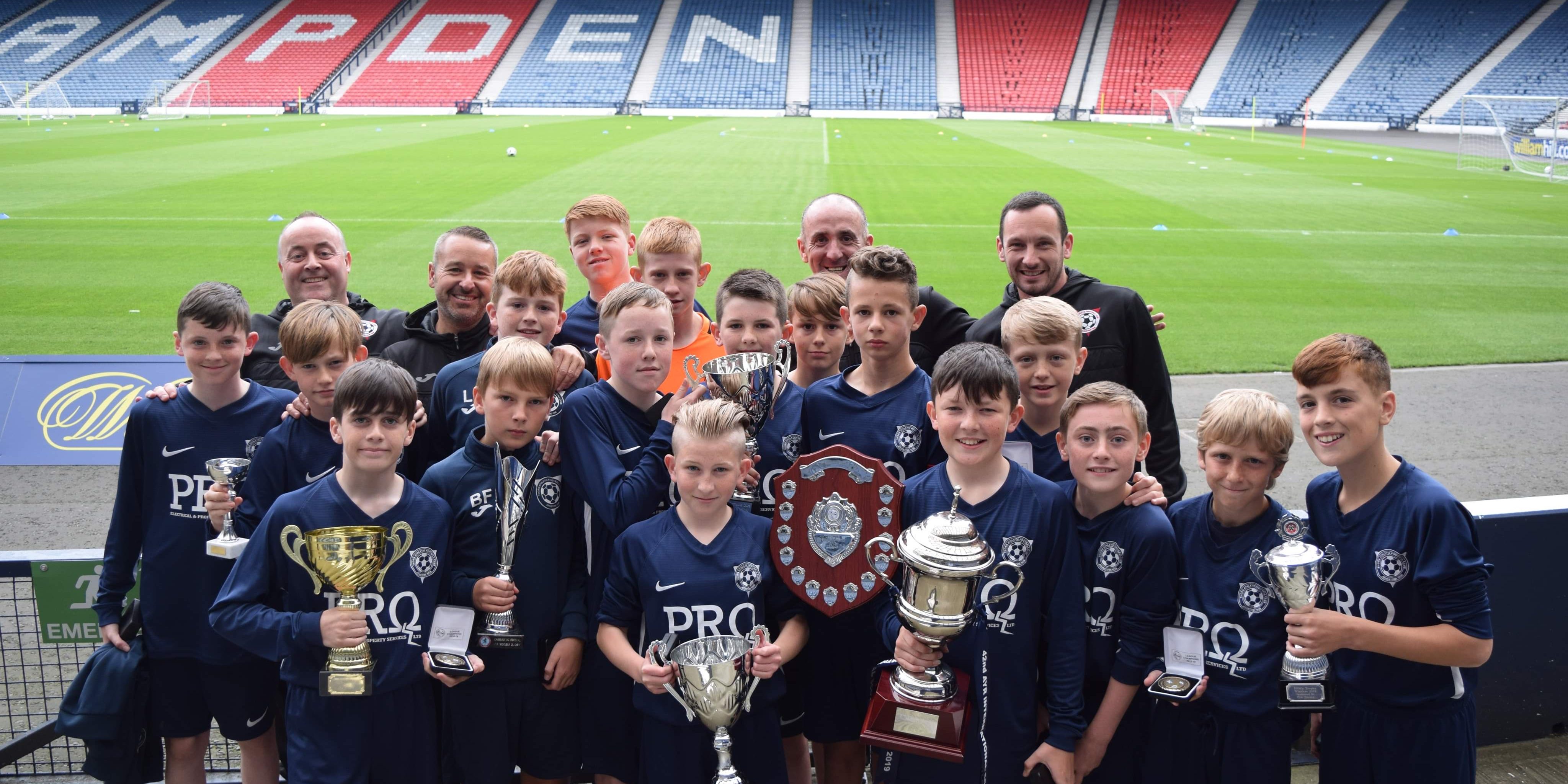 It’s been one trophy after another for the Johnstone side who followed the club’s senior team by becoming top flight champions.
The team – led by head coach Steven McKnight – marched to the Paisley, Johnstone and District Youth Football League’s First Division title after a blistering campaign.
But winning has become more than a habit for the team who have lifted no fewer than another seven trophies in addition to the championship.
Over the past 12 months they have claimed the Hamish Ferguson Memorial Cup, Crosshouse Tournament, Cumbernauld Colts Tournament, Giffnock SC Tournament, Ayr Scotland Cup 2019, Reamonn Gormley Memorial 2019 and the Carbrain Tournament. 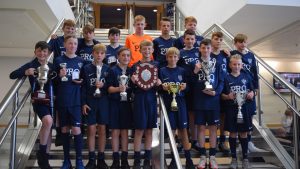 And delighted coach McKnight said: “The boys have been a pleasure to work with over the past year and they have really settled into the bigger sided game in quite a short space of time.
“They are a talented group and that has been shown with some of the performances against teams from all over Scotland.
“It was great to win the league in the first season and it’s certainly been a memorable one for the boys.”
The team were along at Hampden Park on Wednesday to be presented with the league trophy and the boys were buzzing after their visit to the national stadium.
McKnight added: “It was a great night and you could see the boys were delighted with their rewards for the season.
“Hopefully they will grow in confidence and continue to develop.” 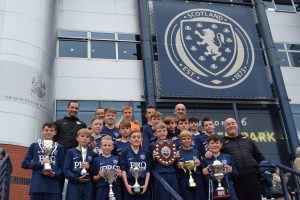