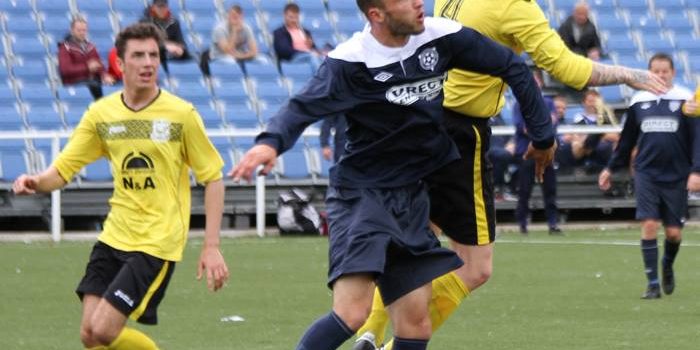 STRIKER Craig McMahon is set to return to training this week after being given the all-clear by the hospital.

The former Ferguslie Star player has been out for two months after being crocked in the cup win over Westerlands at the McMaster Centre.

He suffered a fracture as a result of a synical tackle and was forced off work for a spell on top of missing a chunk of the season.

But following a couple of visits to physio Jim Fallon he is soon to resume light training.

McMahon, who had been free scoring in pre-season, will hope  to get back up to speed quickly.

It will also give the squad a huge boost as we prepare to enter an important phase of the season.

Everyone in the squad wishes him a speedy return to action.