Kids soak up the atmosphere 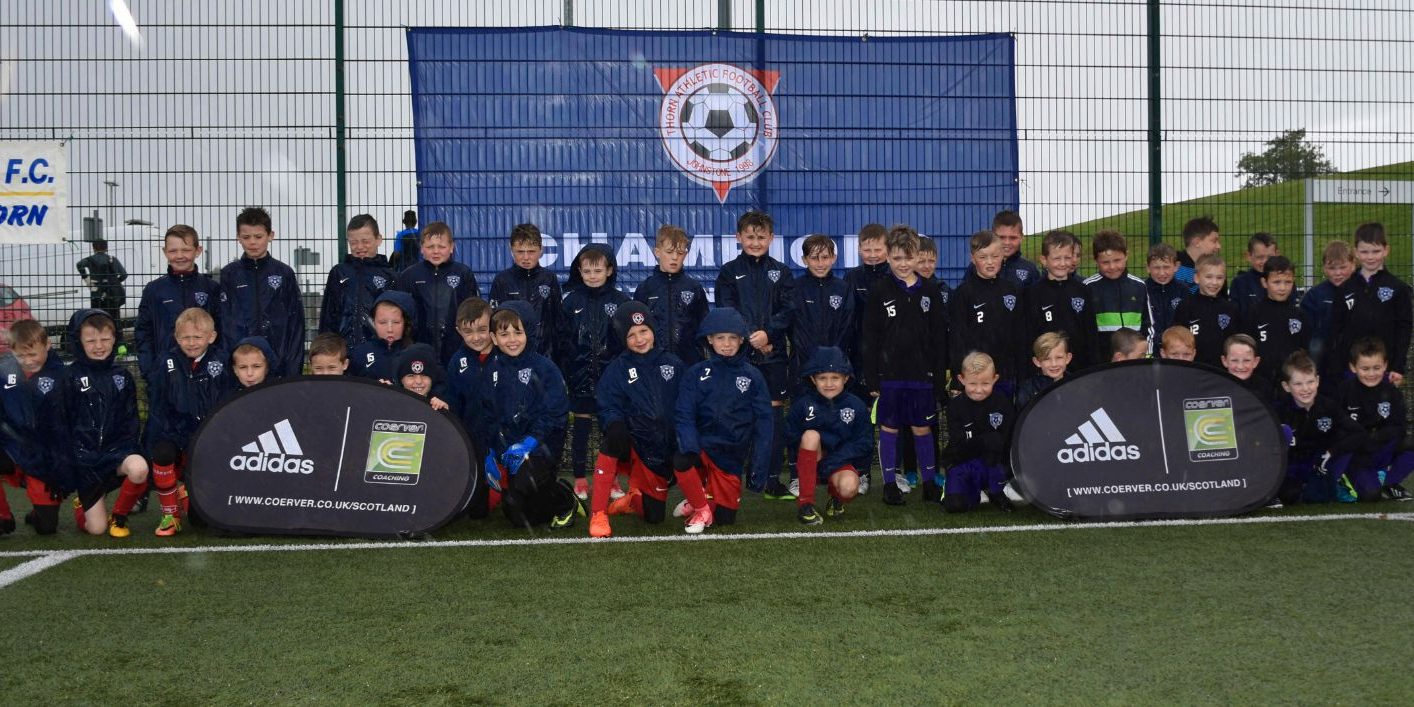 RAIN poured from the heavens as Thorn Athletic launched their Coerver Scotland partnership at the weekend – but all the kids soaked up was a fantastic atmosphere.

More than 100 young players from the growing community club attended three sessions over four and a half hours at a windswept and rain-lashed Johnstone Hub.

Thorn Athletic and Coerver announced their exclusive Partner Club agreement for 2017-18 recently and the project is being part-funded by Johnstone and the Villages Local Area Committee.

During a series of sessions over the next 12 months the club’s players and coaches will enjoy support in four key areas – team training, coach education, session planning and access to their flagship Skillful Edge Resources.

After the success of the opening sessions, members of Thorn Athletic are now excited about what the rest of the Partner Club programme can deliver for them.

Thorn Athletic’s Coerver Co-Ordinator and 2007 coach Neil Fox, who has put months of preparation into pulling off the agreement, said: “Coerver techniques are used by some of the biggest names in world football.

“It was a fantastic day and despite the typical Scottish weather all you could hear was laughing and enjoyment from those taking part. For some of the kids was the second time they had been soaked in the one day!

“But afterwards everyone was unanimous in their praise for how well it had gone.”

Coerver Scotland director and coach Joe Jones said: “We are delighted to welcome Thorn Athletic as a Coerver Partner Club this season.

“As one of only 21 clubs across Scotland, the Coerver Partner Club is an exclusive programme working with forward thinking, progressive clubs who wish to develop skillful attacking football players and teams.

“Already in the short time we have been working with the club, they have shown a real desire to improve their players and their coaches. We are sure this partnership will help the club to provide a truly unique programme for young players in Johnstone.”

Thanks to Iain McLure, Neil Fox & David Gallagher who supplied pictures from the day!