Pie and Bovril hits the spot! 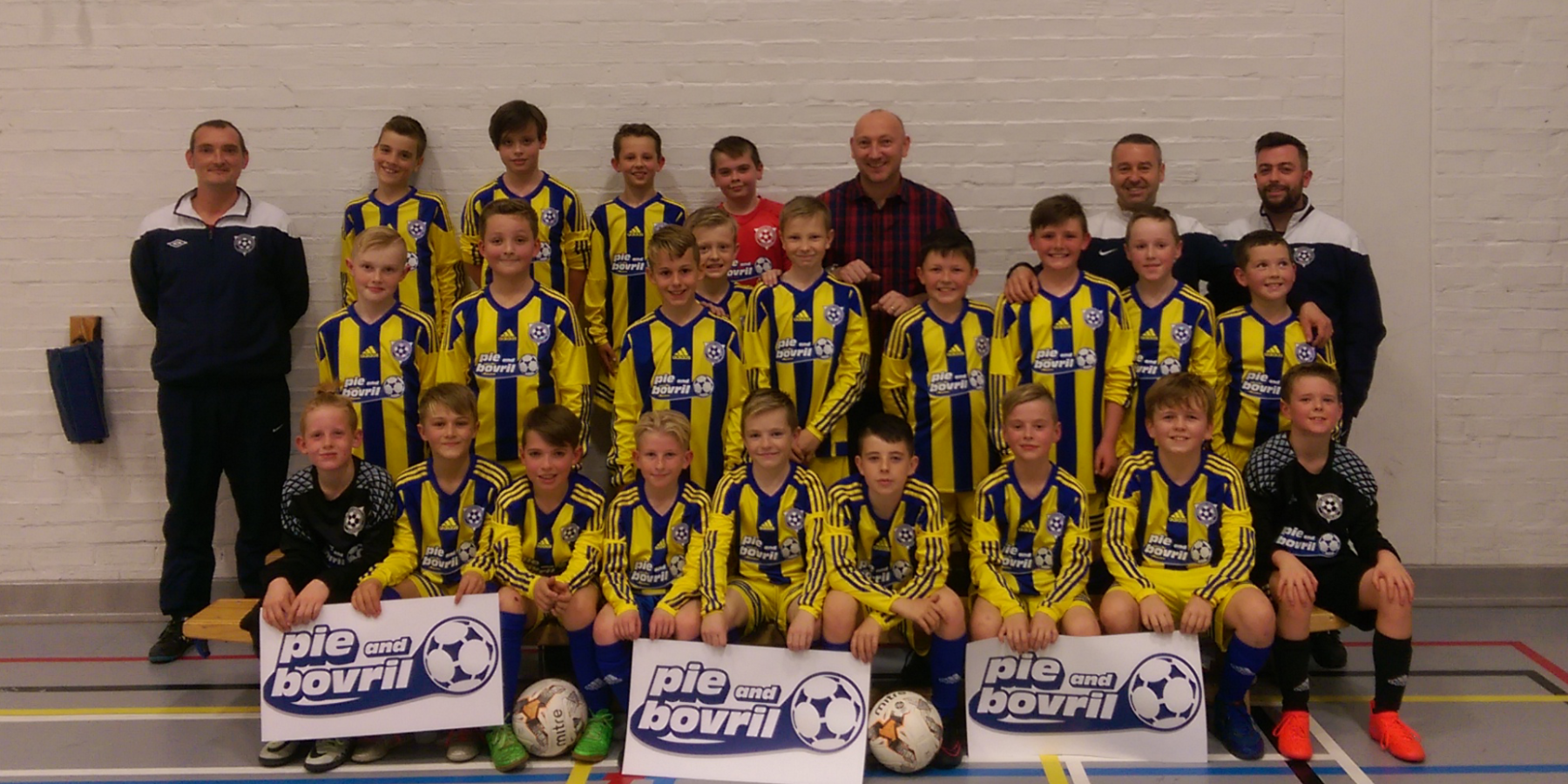 SCOTLAND’S favourite football forum has got everyone talking once again after backing Johnstone’s top side Thorn Athletic.

Pie and Bovril attracts millions of visits from fanatical supporters across the globe debating every level of the national game from grassroots right up to the top flight and Gordon Strachan’s international team,

And now they have thrown their support behind the Thorn 2006 team with a strip sponsorship deal that proves they know the score in youth football.

The team play in the Paisley and Johnstone District Youth Football League and have enjoyed considerable success in progressing players to pro-youth level.

Now the players will be the talk of the town with their stunning new yellow and blue Adidas strip bearing the well-known Pie and Bovril logo on the front.

“We have members of all ages, discussing every level of our favourite national obsession on our website and mobile apps.

“Our members are painfully aware of the extreme financial pressures that exist at all levels of the game in Scotland, none more so than at the all important grassroots level.

“As such we decided we should try and give something back to a local team, and a chance conversation with coach Steven McKnight introduced us to the talented lads of Thorn Athletic.

“We were delighted to help the boys out with some sponsorship which helped them get their new kits. They look really smart but it’s the smiling faces we saw that really made the project worthwhile.”

And delighted coach McKnight added: “Pie and Bovril is synonomous with Scottish football and we are delighted to have the support of such an iconic brand.

“The boys will wear the new strips with pride and they are all absolutely loving them and the new logo on the front. It’s great that David had been able to put something back into grassroots football and we greatly appreciate it.”