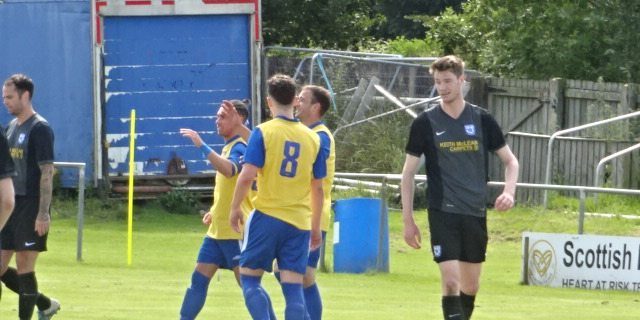 Jordan Devine, Ryan Crawford and Jamie White are set to face Glasgow Colleges AFL in the first match of the competition.

Striker Devine, who has bagged 11 goals in nine appearances this season, was part of last season’s squad.

But it will be the first involvement for new signings White and Crawford, both of whom have been in excellent form so far this campaign.

The match is scheduled to take place on Sunday, November 20 at Dalziel with a 1pm kick-off.

Thorn manager James Donnelly said: “It’s well deserved for all three, who have had excellent starts to the season.

“We could possibly have put more players forward as the squad is firing at the moment but we also have a busy schedule.”

The full squad is: