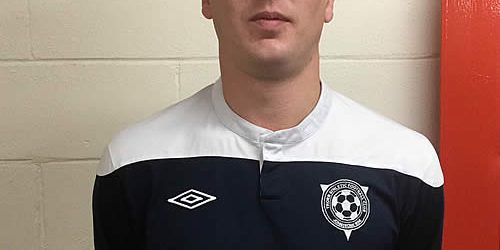 CALEDONIAN League Select manager Raymond Masterton has named three of our players in his next squad.

Defensive duo Michael McKinnon and Donald Morrison along with striker Jordan Devine have been picked to face Dunipace Juniors at Dalziel Park in Motherwell on Tuesday, October 27.

Masterton watched the team for the first time since we joined the set-up when we beat Cambria 3-0 in the Scottish Cup second round.

Devine – who has now netted 12 goals in eight games – bagged a quick-fire double and we recorded a clean sheet. Afterwards he expressed an interest in several players.

The club are delighted that the players have been recognised and we wish them well for the match.

Kick-off for the match will be 8.00pm and we wish Raymond and his team all  the best.