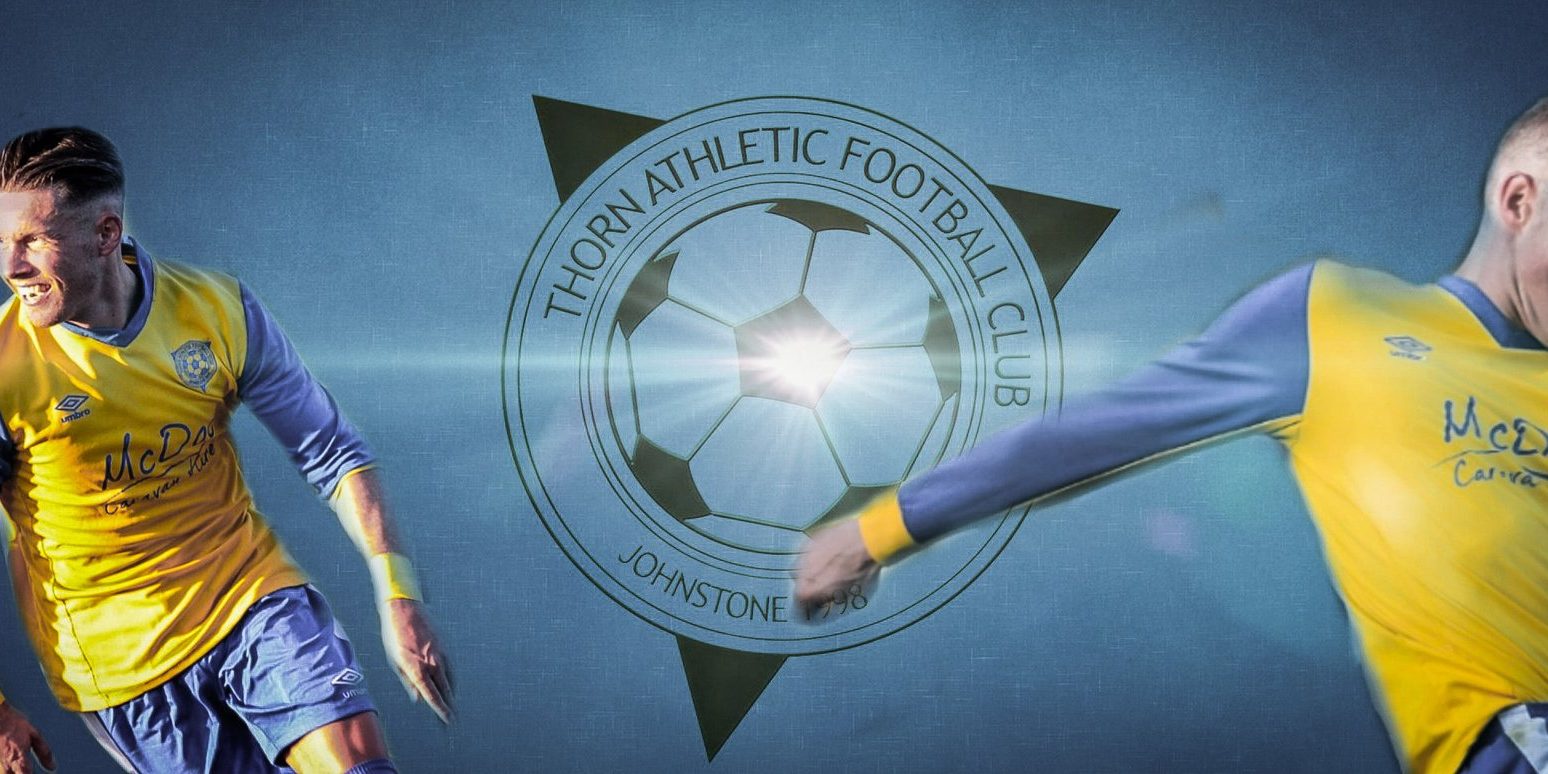 THORN ATHLETIC look to be in good shape ahead of the festive period after their hard graft continued to reap rewards.

The Johnstone side have climbed to the top of the Caledonian Premier League under the management of Johnny McEwan, Jason Henderson, Alan Muir and Tony McWilliams.
A hard-fought 2-0 victory over Cambria on Saturday courtesy of goals from skipper Ryan Crawford and striker Tom Smith saw the team go nine games unbeaten in all competitions and sent a large travelling support home happy.
With a League Cup semi-final against Giffnock North also looming after knocking holders Dumbarton Academy out with a 3-1 away win in the quarter-finals then the team are progressing well with regular strong turnouts at training.
The recent departure of team manager James Donnelly doesn’t look to have affected the squad too much and the players have continued to work hard under new stewardship.
It has also been good to see the return of our amazing kit team Steven Gerry and Margaret McCann at recent games to help the off-field organisation.
And we are delighted to welcome on board new committee member Marilyn Kennedy, who has firstly taken over from Billy Gaw as Caledonian League delegate and will undoubtedly develop her role within the club as she has already been helping with the club’s post-match hospitality at the Thorn Inn.
Meanwhile, we are disappointed to report that Mark McHendry has left the club. However, he goes with our best wishes for the future.
Category: Latest NewsBy Mark McGeeNovember 12, 2018