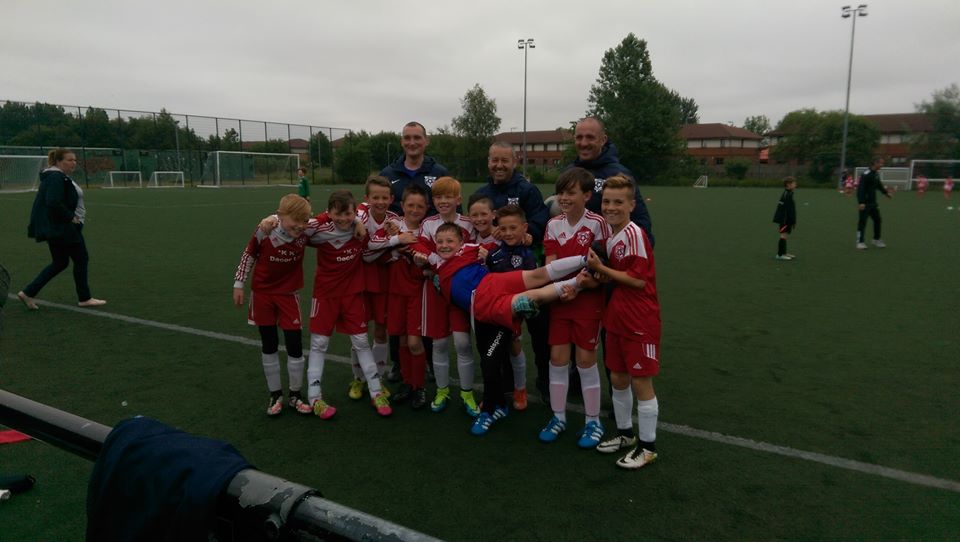 HIGHLY-RATED Thorn Athletic coach Steven McKnight is heading for Hampden after landing a role with SPFL side Queen’s Park.

The 37-year-old 2006 head coach has been rewarded for his hard work with the Johnstone side and will now take up a role both coaching and scouting for the Glasgow side.

McKnight, who was also recently approached by Falkirk Football Club for a similar role, will deliver coaching for Queen’s 2010’s side at Lesser Hampden and search out new talent for all age levels of their academy.

Thorn are delighted with Steven’s news and also that he will continue with the club’s 2006 side where he has blazed a trail sending dozens of boys onto the next level with pro-youth at some of the country’s top teams.

He said: “I received a phone call from Ian Campbell who is head of player recruitment for the Falkirk Academy and he invited me up to the stadium. I met up with him on a Sunday afternoon at the stadium and took in a couple of pre academy games.

“I was also introduced to Michael McArdle who is Head of the Forth Valley academy which incorporates Falkirk, Stenhousemuir and East Stirling and was told to hand my C.V. in with the possibility of a coaching role at the academy. After a long afternoon and a good chat I was offered a role of scouting for Falkirk in the Glasgow and Renfrewshire area.

“The very next day I was contacted by Gardner Speirs who is in charge of the Queens Park Youth Academy and I was invited in for a chat at Lesser Hampden.

“I was offered a scouting role and also coaching the u14’s which I had to decline as it was such a big commitment Monday, Wednesday and Friday and most of the day on a Sunday as they play all over Scotland.

“I eventually agreed to a coaching role at the under 10’s which is Tuesday, Friday and Sunday’s all at Lesser Hampden plus a role of scouting for the club at all academy age levels.”

A Thorn Athletic spokesman said: “The quality of Steven’s coaching has brought amazing rewards and represents a great example to everyone at the club.

“He has really honed his skills and shown great dedication to the kids he has worked with. We are sure he will excel in his new role.”