After having to wait an extra week to start their competitive season following the poor weather, Thorn were raring to go with a number of new signings.
McEwan has added defenders Alan Deans and Niall Ferguson along with midfielders Mickey Wilson and Craig Chisholm and two new striking options in Jay Burns and Nick Cusack.
Goalkeeper Robbie Kelly has also come into the squad after the retirement of Tony McWilliams at the end of last season’s double winning campaign.
A tough pre-season campaign against top junior and amateur sides saw the Johnstone outfit with just one win to show for their six warm-up outings.
However, the team bedded in well to the new campaign and after a fairly even first half at Allan Glens in Bishopbriggs it was level at the break.
But with seven minutes of the second period on the clock Thorn were awarded a penalty when Tom Smith’s shot was handballed on the line by Harp defender Mark Shanta who escaped with a yellow card. 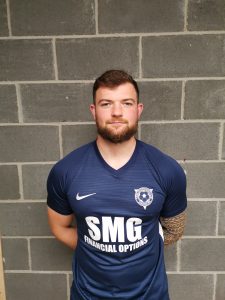 Skipper Ryan Crawford stepped up and converted to the keeper’s left sending him the wrong way.
Four minutes later and the lead was doubled after a sublime bit of skill from Dean Scott who controlled a ball over the top before expertly lobbing the keeper from more than 20 yards.
Darren Lamont and Jamie White had been introduced to the play for the injured Ferguson and Martin McInnes in between the first and second goal.
The two-goal cushion took the sting out of the game and it was left to last season’s top scorer Tom Smith to round it off on 84 minutes with a nice finish to get his tally off an running for the campaign.
Further late chances fell the way of Smith and sub striker Jay Burns but the damage was already done.
Boss McEwan said: “Although our results had been indifferent during pre-season, the level of opposition was high and the boys had worked hard.
“It was a tricky first match against a side under new management who had brought a lot of experience into their team.
“But the boys coped well, were organised and strong and managed to limit Harp to only a couple of half chances.”